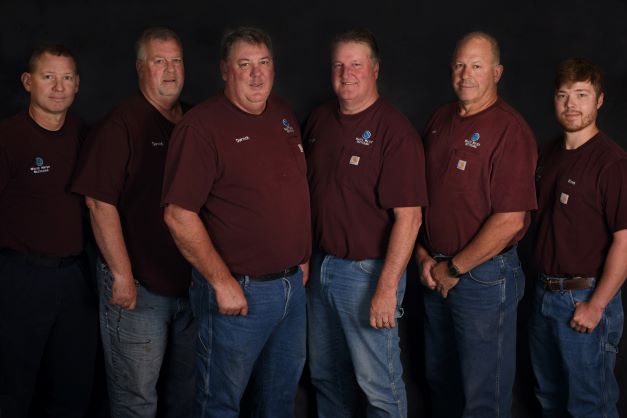 The City of Richland Center's original wastewater treatment facility was located between State Highway 14 and the Pine River, near the downtown.  This facility dated back to the 1970's with improvements in 1992, 1993, 2001.  After this last-upgrade the wastewater facility included preliminary treatment with screening and grit removal, primary treatment by a high rate dissolved air flotation device, activated sludge secondary treatment, anaerobic digestion, and liquid sludge storage.

In 2004 the City began planning an upgrade.  The existing facility had reached its design capacity with much of the equipment and structures reaching the end of their useful life.  The plannning process considered upgrading infrastructure on the existing site close to the City center and relocating the facility to a remote site more than six miles to the east of the City.  The resulting plan recommended relocating the facility which would provide the Richland Center Utilities more room for future expansion and better able to serve nearby communities and rural residents should they wish to contract with the City's Utilities, which would offset operational costs.

Construction of the new wastewater treatment facility began in 2014 and was substantially completed in the winter of 2015.  It's been designed and contructed to produce a high-quality effluent for discharge to the Pine River, and to maximize operational flexibility and energy conservation.  The new facility is located off of County Highway TB straddling the townships of Buena Vista and Orion.